Actually facebook pays you if you hack a facebook account. You may think why, well because if you know a way to hack in, thus revealing a security bug, ie; you actually saved the trouble of locating the bug themselves. The money they pay for hacking ranges from $500 to $10K depending upon the severity of the bug. So just start hacking(if you are skilled enough).

Facebook is blue because Zuckerberg is colorblind. According to "The New Yorker", Zuckerberg is red-green colorblind, which means the color he can see best is blue. He told the magazine "Blue is the richest color for me, I can see all of blue.". Thus Facebook dominates the color blue.

In Egypt, A father named his new born daughter 'Facebook'. Allegedly he did this to all social media website rolling Egypt's revolution.

In Israel a coupled named their child "Like" from facebook's 'like button'. The couple explained they where look for a unique name and they liked the sound of the word 'Like'.

Mark Zuckerberg, has a nick name 'Zuck'. His friends and co-workers call him 'Zuck' more frequently.

In earlier days of Facebook, when facebook first launched, the homepage featured a picture of Al Pacino's face. No one really knows why.

In the beginning, when it was 'The Facebook', it was a website only for colleges and universities.

The first ever registered user of facebook is the creator himself, "Mark Zuckerberg".

There is a disorder caused by the excessive use of facebook. The disorder is simply called 'Facebook addiction disorder' or 'FAD'  in short.
Symptoms associated with disorder can be having lots of fake friends, not answering the phone as they want facebook to communicate. Withdrawing of social activities with family or friends just to spend time with facebook. Also having one or two facebook windows opened at any given time.
It is believed that as much as 350 million people could be suffering from this disorder.

About 1/3 of all divorce failing in US contains the word 'facebook'. And the later study shows about 25% of facebook users have been dumped on the site, in which 20% was done by simply changing the relationship status to 'Single'.

There are more than '10 million active users' , '50 million pages', '700 million active use every single day', '150 billion friend connection since launch', '1 trillion likes', average user has around '500 friends', total number of photos more that '250 billion', which means about 20% photos taken per year end upon facebook, over '90 million fake accounts , over '70 languages', more than '5000 employees', '250 million games' are played each month, every day new accounts. And you are a part of it too.

How to know if Whatsapp is being Hacked?

How to Secure my Android Device? 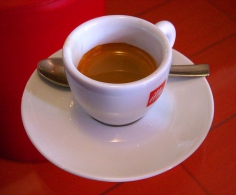 Whatsapp v/s Hike. Which is better ?